You were at a party at your friend’s house, while his parents were out of town You were swigging on some beer having a blast, when someone took a picture. Next thing you know, someone emailed that picture to your high school principal, and now the school is threatening to suspend you.

How is that possible? What are your options?

The reality is that schools have a lot of leeway in disciplining someone for violating their rules, even if the student is off school grounds. If the event is somehow school sanctioned or initiated, like a parade or a club, you can be held responsible even though you weren’t at school. One important Supreme Court decision upheld the disclipline of an Alaska student for marching in a school parade with the sign “Bong Hits for Jesus.” The Supreme Court felt that since it was a school parade, the school had a valid interest in preventing the promotion of drug use. Therefore, the student did not have First Amendment rights and could be punished.

While usually there is some connection between the school and the student’s actions, that is not always the case. The party in the example above is not connected to the school in any way. However, some school officials take the position that once the picture is sent to them, the illegal drinking has come into the school and is now open to discipline. This can be true even when the person only sent the photo to get you in trouble.

The Glenbrook Powder Puff case is a locally famous example. At a “powder puff” football game, some seniors bullied junior students in several ways including kicking, beating and spraying them with animal urine. While the acts did not take place on school grounds nor at a school-sanctioned event, the district suspended the girls under its hazing policy.

If you should find yourself in one of these situations, the best thing to do is contact an attorney immediately for advice. Maybe there is some question about whether you actually committed the acts being disciplined. Or maybe the school has failed to follow its own discipline procedures. A careful review of school policy can sometimes yield a solid avenue for a defense. A skilled attorney can help you navigate through this minefield and help improve the outcome. 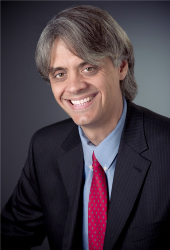